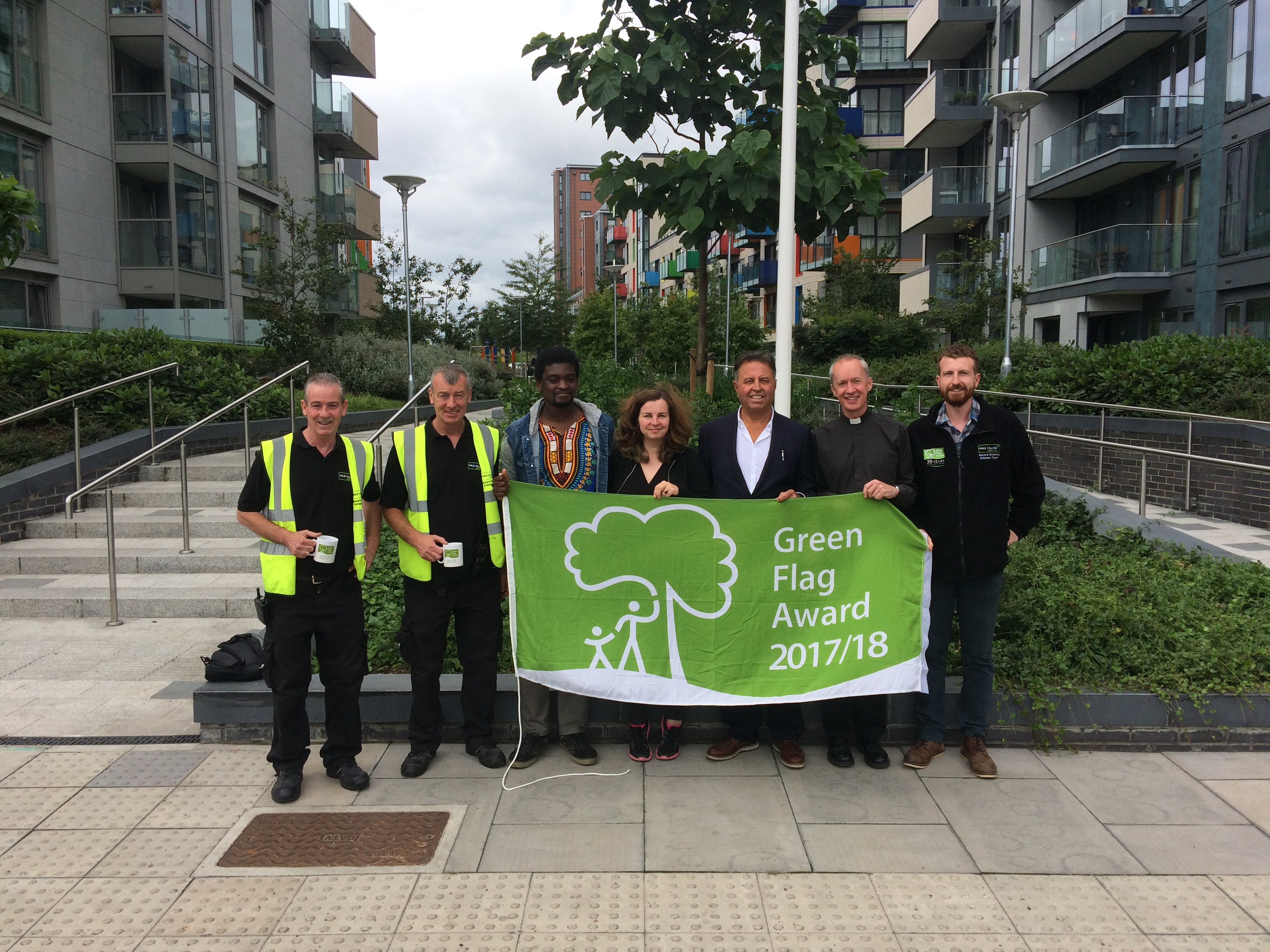 We’re delighted to announce that Hale Village has been recognised by the Green Flag Award Scheme as one of the very best in the world for the second year running.

Hale Village is among a record-breaking 1,797 UK parks and green spaces that have received the prestigious Green Flag Award – the mark of a quality park or green space.

This international award, now into its third decade, is a sign to the public that the space boasts the highest possible environmental standards, is beautifully maintained and has excellent facilities.

Commenting, Jeremy Hickman, Head of Property and Facilities Manager at Hale Village said, “We’re delighted and very proud to receive a Green Flag Award for the second time. We know how much quality green spaces matter to residents and visitors, and this award celebrates the dedication of our team that goes into maintaining the Village to such a high standard.”

Hale Village won Gold and was the overall winner in the London in Bloom Awards last year.   Achieving 180 points out of a maximum of 200, the judges said Hale Village ‘could be the envy of any major European City’.