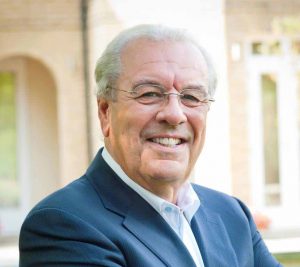 Michael Polledri has been appointed the first Honorary Consultant to the London Waterway Partnership, part of the Canal and River Trust, a charity that protects over 2000 miles of waterways in England and Wales.  Michael has been a partner for five years advising on regeneration and redevelopment of London’s waterways and has been specially acknowledged and thanked for his contribution by its Chair, Sir Brian Fender, for being ‘our guru on regeneration’ in the Partnerships’ 2017 Annual Report.

Says Michael, “It has been an honour to work with the Partnership and I’m very much looking forward to my new role. London’s waterways are steeped in such rich historical and environmental interest and they’re all free open spaces that Londoner’s can enjoy in so many ways.  The Grand Union Canal and River Lee are particularly special to me and important assets to Tottenham.  We’re all custodians of these important waterways really.”

There are over 100km of waterways across London, stretching from the Upper Grand Union to the River Stort in Hertfordshire.  The varied stretches range from the bustle around Camden Lock to the quiet stretches of the Slough Arm.